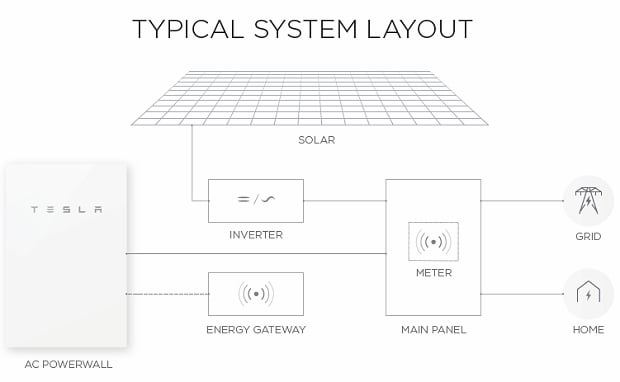 Tesla Energy is one of the most innovative, trusted and well-known brand names involved in the solar energy storage marketplace. Both the Tesla Powerwall and the Tesla Powerwall 2 are viewed by many as the best solar batteries available today regarding technology and value for money. What a brilliant piece of marketing by Elon Musk, to take what was an ugly battery system that in most cases was hidden away in a back shed and turn it into a sleek wall mounted device that looks something like a giant iPod.

Storing energy from solar panels in batteries for use after sunset is nothing new, for decades lead-acid batteries have been used in remote areas as an alternative source of electricity, particularly in places with no access to a power grid. Energy storage technology is advancing due to a combination of factors such as increases in the costs of fossil fuel production, rapid advances in the efficiency of solar power generation and battery energy storage technologies, and price reductions of solar panels and batteries are making these types of systems much more competitive with fossil-fueled electricity.

The first version of the Tesla Powerwall went on sale in Australia in mid-2015 and sparked an energy storage revolution, this version of the Powerwall is a lithium-ion battery with a storage capacity of 7kWh which is enough to cover about half the daily energy needs of most Australian homes. The round trip efficiency of the Powerwall is 92.5%, weight 97kg, dimensions 130cm x 86cm and it looked good! The sleek design of the unit made it easy to mount on a wall in an out of the way location. 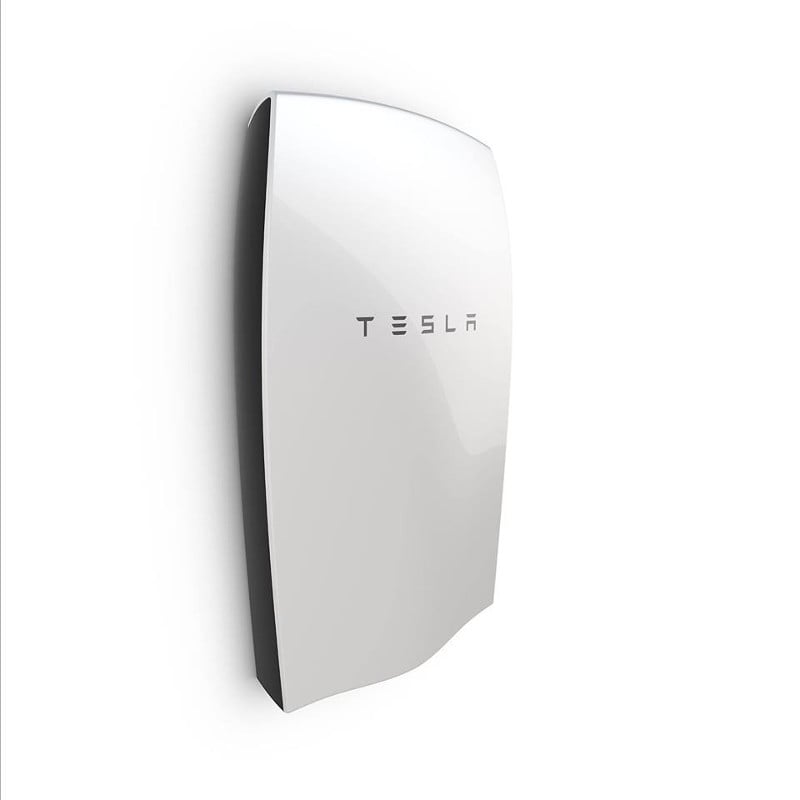 The big deal with the Powerwall is that it was the first type of energy storage system to offer an all-in-one configuration having a built-in power inverter and a ten-year limited warranty. However, with all these good points there is no escaping the laws of physics, lithium-ion batteries do not last forever, the primary factor in their demise is the limited number of times they can be charged and discharged. After about 2,000 cycles or one charge per day for 5.5 years the Tesla Powerwall's capacity will fall to roughly 70% of its original size along with a reduction in round-trip efficiency.

The price of the first Tesla Powerwall is around $9,000AU plus any additional installation costs which of course will vary depending on the solar installer you choose. Is the Tesla Powerwall an economical choice? For the average homeowner its unlikely the cost of buying and installing the battery will pay for itself before the warranty runs out. The energy storage industry is moving fast, and technology is advancing as battery prices continue to fall, at the same time the fossil fuel generators are continuing to charge their customer's more making battery storage look like a more viable option in the future.

The Tesla Powerwall 2 was released in 2016 just one year after the first version hit the market. The Powerwall 2 offers some significant upgrades compared to the previous model, the most distinct change in the shape of the unit as it now has a square finish as opposed to the rounded look of the first Powerwall. The storage capacity has now doubled to 14kWh coupled with a higher discharge rate, allowing it to power more electrical appliances. 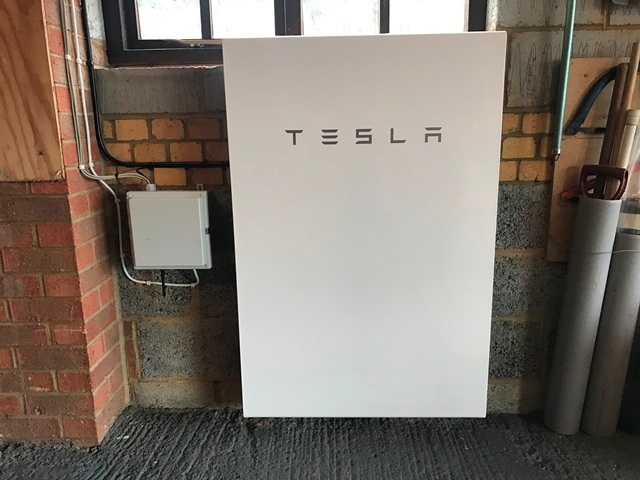 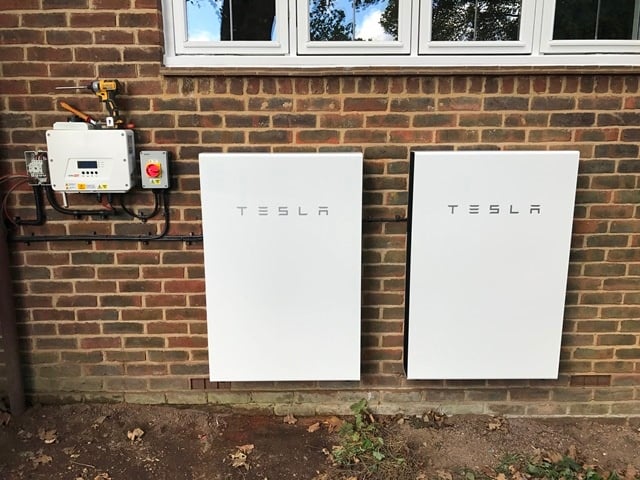 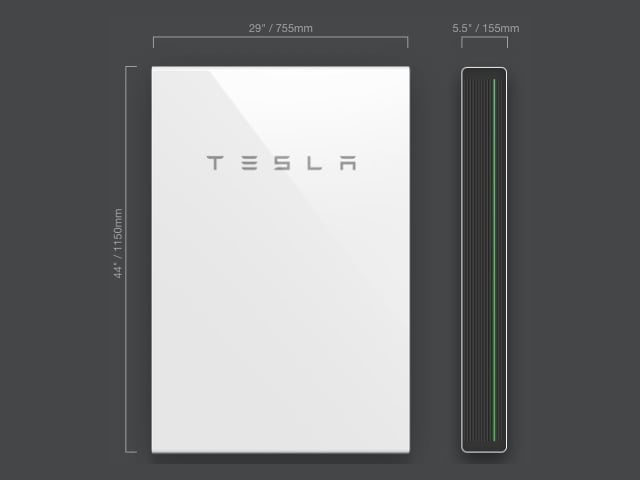 The Powerwall 2 warranty is for ten years or 37,800kWh of electrical discharge (whichever comes first). Tesla Energy also guarantees the unit will have at least 70% of its original capacity at the end of the warranty period. The round-trip efficiency is 3.5% less than the previous model coming in at 89%.

The Tesla Powerwall 2 costs slightly less than the first Powerwall model even though it is a higher spec unit. Tesla Australia states that the Powerwall 2 will cost between $9,970 and $11,620 including $8,000 for the device itself and $720 for accompanying system components, and an additional $1,150 to $2,900 for full installation.

When it comes to battery energy storage systems the Tesla Powerwall is not the only game in town, however, one could be excused for thinking so as Tesla has run a hi-profile advertising campaign riding on the success of Elon Musk's other endeavours like Space-X and Tesla Motors and in some cases catching other battery manufacturers off guard.

Listed below are some notable battery brands available in Australia with prices listed in the Battery Comparison Table on the SolarQuotes.com.au website.