A 10kW solar power system is as big as they come when it comes to a home solar power system, this size system will need a large roof area and will produce a good deal of electrical power much more than most average Australian homes will ever need.

A typical 10kW solar power system takes up most of the roof space on an average sized home. 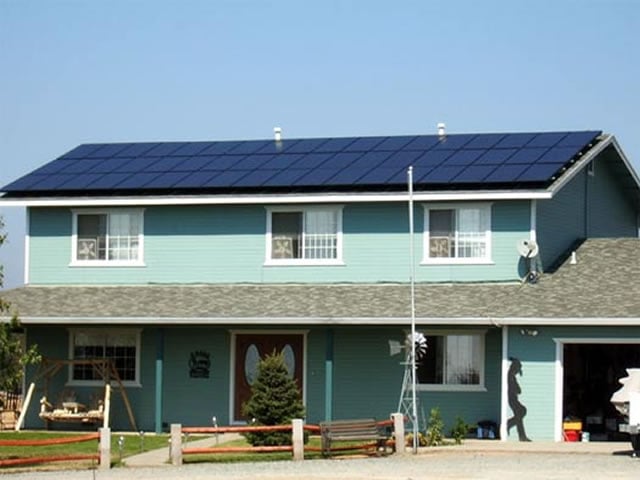 How many solar panels does a 10kW solar power system need?

This diagram shows the size of a 10kW system compared to a person. 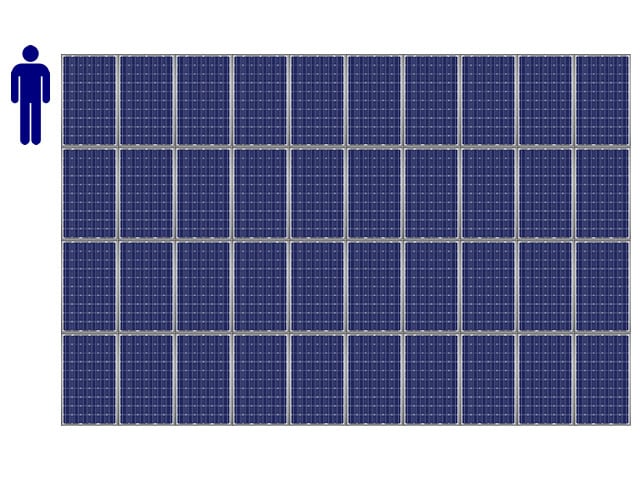 How much electrical power can a 10kW solar power system generate?

Most 10kW systems will make roughly 39kWh to 41kWh of power per day, and this is enough electricity for three average Australian homes.

How much money can a 10kW system produce?

The revenue you get from a 10kW solar power system depends on the feed-in tariff rate and the amount of power you feed back into the electricity grid.

Most states in Australia have a feed-in tariff rate of 8c per kWh for exported power, most consumers are paying 30c per kWh for grid power, so there are three possibilities:

The way the market is trending installing a solar power system will best benefit the owner by consuming as much of your self-generated solar power as possible and not selling any back to the grid. Large power companies want to sell fossil fuel generated electricity, that's their market model and has been for some time, they are in business for profit and not to assist you to make money and eat into their profits. In other words, big coal hates solar owners.

How much does a 10kW solar system cost?

A quick Google around puts the price at $22,000 to $26,000 as of Nov 2015, things move fast in the solar industry, and solar power system prices are forever on the move sometimes in a very unpredictable way. The best way to get a more accurate picture is by getting a Solar Quote.

How long will a 10kW system take to pay for itself?

A system of this size should pay for itself in under five years. Try using the Solar Calculator below to get a more accurate and complete picture of solar payback times.