In June, nearly 83% of Australian solar shoppers using the SolarQuotes service who had a system size already in mind wanted a 6kW solar system or larger, up slightly on May. Of those, just shy of 51% wanted a 6kW system and the rest, even bigger – so it may not be long before we see 6kW+ consistently trumping 6kW in requests. As for 5kW PV systems, just 12% wanted this capacity – in June last year the proportion was 16% and in June 2018, 37%. 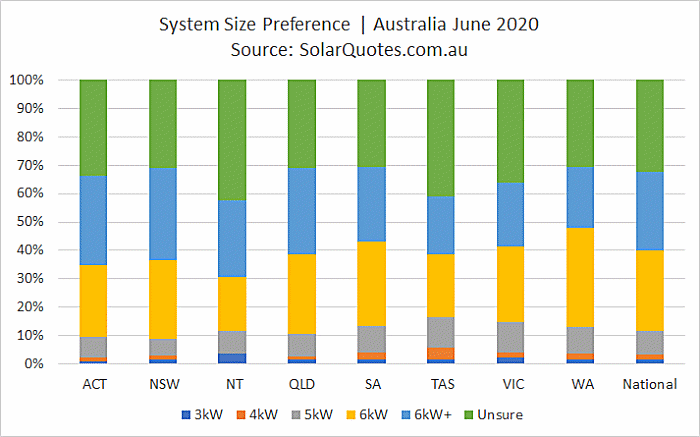 Interest in buying a system immediately picked up in June – 25% compared to 22% in May and 23% in April. Again in June, 98% of Australians requesting quotes were considering a purchase any time from immediately to within three months. 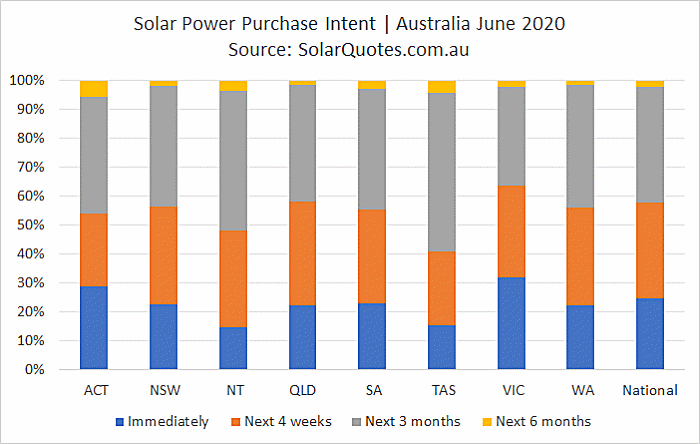 The proportion of solar buyers wanting a “top quality” (most expensive) system was just over 12% in June – same as in May – while 79% were after a PV package offering a balance between quality and cost, and 9% a good quality budget system. 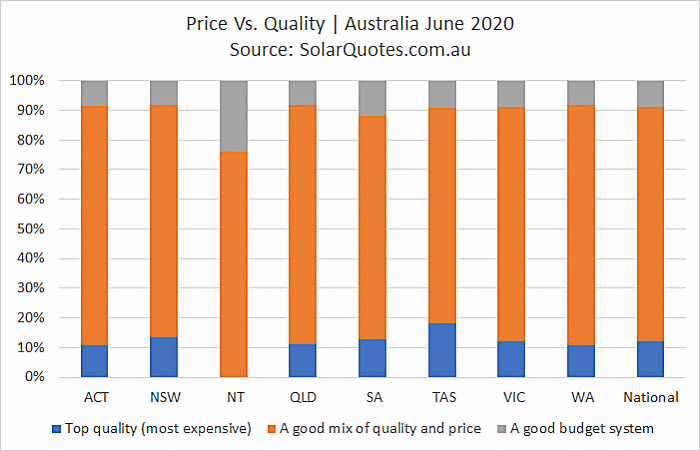 Interest in optional advanced solar monitoring remained high in June -70%; same as in May and up from 67% in April. 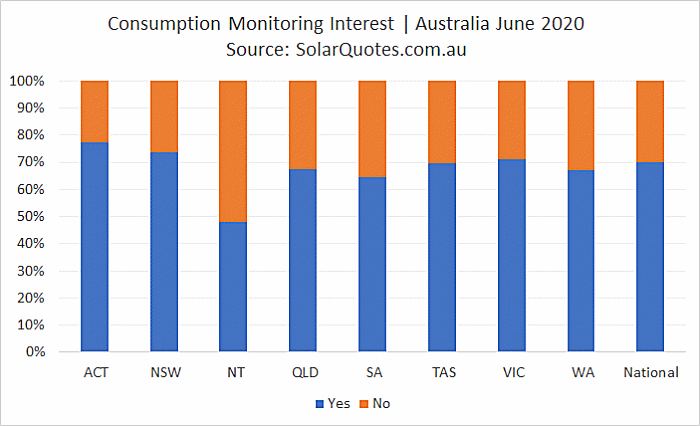 Microinverter interest was again 14% in June. A microinverter is a small inverter that operates with a single panel instead of the more conventional arrangement of a single string inverter being used with multiple solar panels. You can learn more about microinverters here. 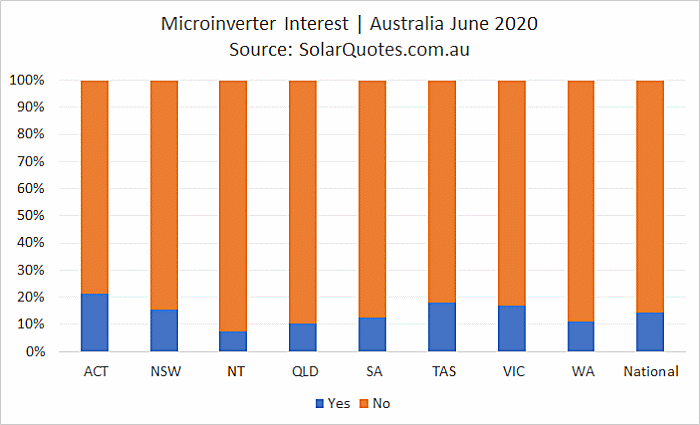 There was a significant drop in battery ready solar system interest in June – down to 8% from May’s 11% and April’s 12%. While all solar power systems can have batteries fitted, for some, it’s easier than others, and we ask this question on the quoting form to assist installation companies with system design. 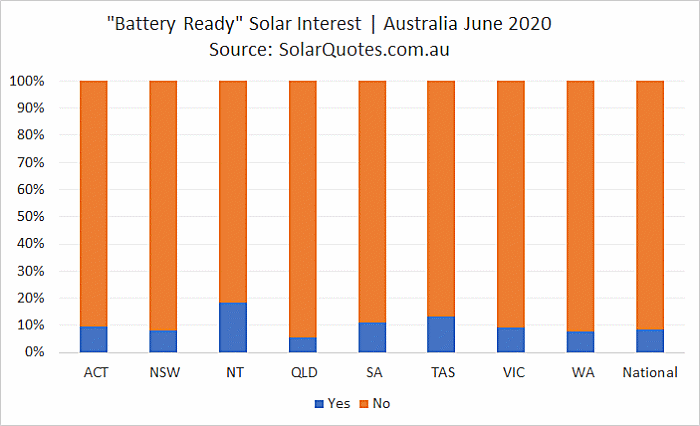 Just under 9% expressed interest in a concurrent battery installation along with their solar panels in June, compared to 7% in May. This result, when considered with the “battery ready” figures above indicates Australia’s solar battery storage revolution is still to kick into gear among new system purchasers. 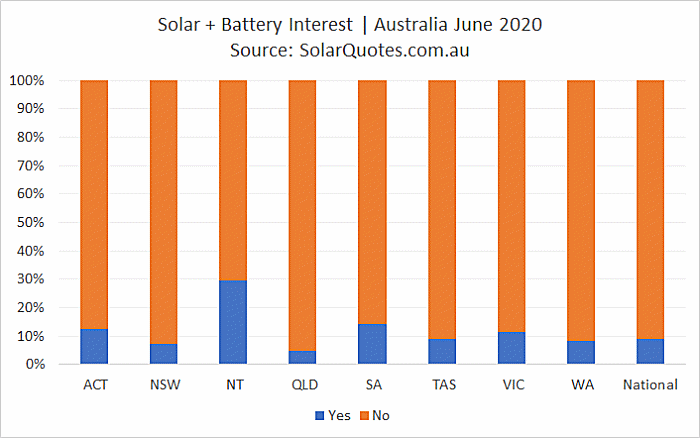 For those who were considering a concurrent battery installation and had a size (capacity) in mind, 11% wanting pricing and details on 1-5kWh energy storage system, 54% for 5-10kWh and 32% for 10kWh+. More than half of all potential battery purchasers indicated they needed advice on selecting energy storage capacity. 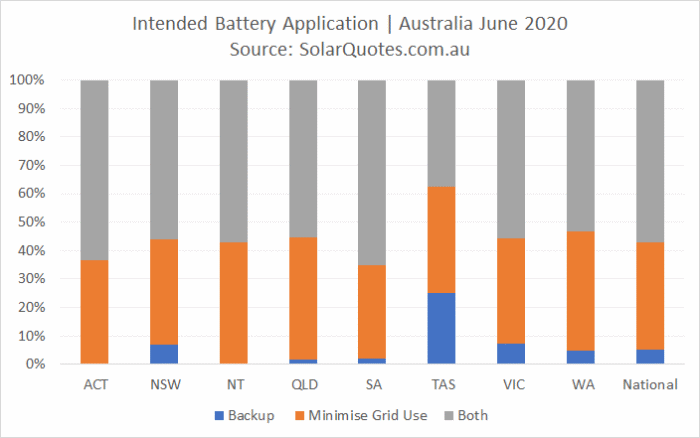 SolarQuotes matches Australians using our free quoting service with up to three carefully pre-screened solar installers, and it’s the details provided during this process we base the auSSII report on. Hundreds of thousands of Australians have used the SolarQuotes service since it launched in 2009.