Winter hasn’t put a dampener on pursuing home solar power in Australia, and there was a significant jump in concurrent battery storage installation interest in July.

Again in July, close to 83% of solar buyers who knew what size system they wanted were after 6kW or larger. July was the first month we’ve seen 6kW+ eclipsing 6kW (just). It’s a bit of a tricky size selection in that a very popular capacity nowadays is 6.6kW – so these prospective buyers may have selected either option. We’ll be listing more system sizes on the quoting form in the time ahead, which will mean better reporting on this aspect in the auSSII.

As for interest in small systems (3kW and 4kW), these made up less than 5% of all quote requests with a capacity selected. 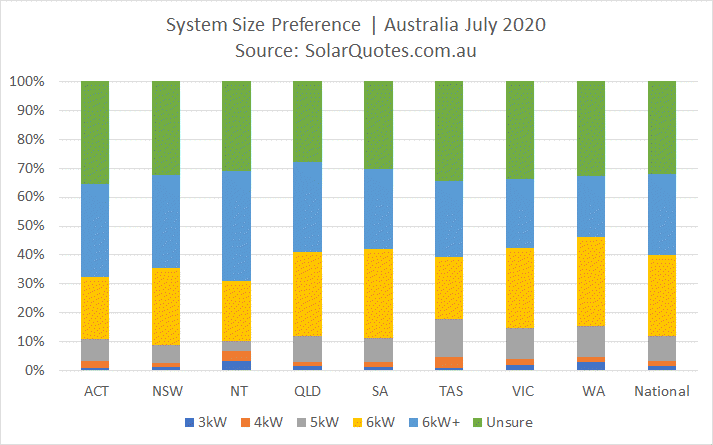 Interest in buying a system immediately dropped back in July just under 22% compared to 25% in June (22% in May and 23% in April). 97% of Australians using the SolarQuotes service were considering a purchase any time from immediately to within 3 months. 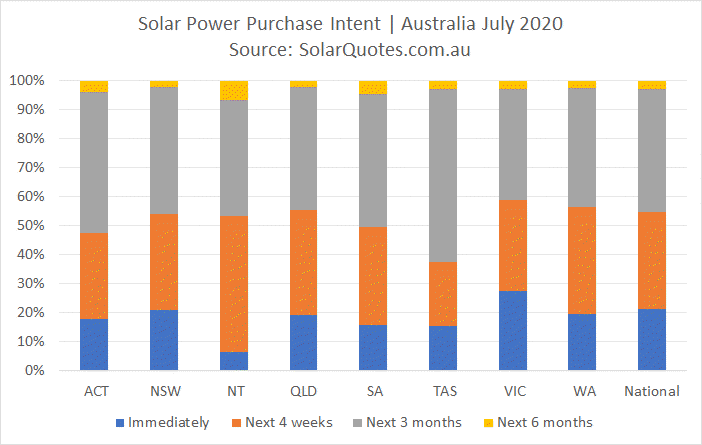 Just under 12% of solar buyers in July wanted a “top quality” (most expensive) system compared to just over 12% in June and May. Close to 80% were wanting a system providing a good balance between quality and cost, and a little under 9% a good quality budget system – so nearly no change also in those categories.. A tad under 69% were interested in optional solar consumption monitoring in July, similar to June and May (70%). You can learn more about advanced solar monitoring here and why it’s a wise option. 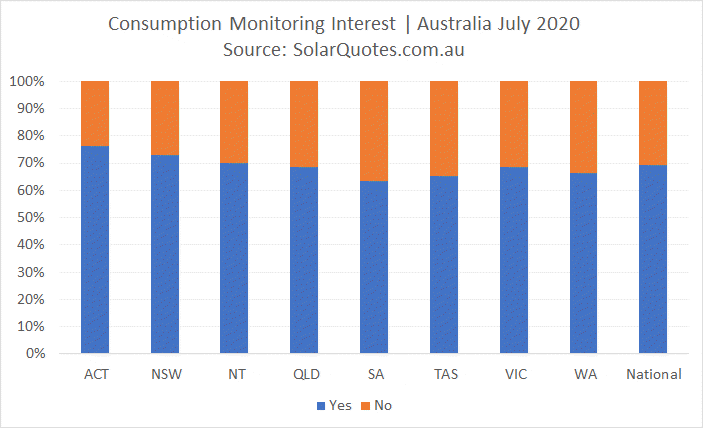 Microinverter interest was 14% in July, the same as in June. So, what’s a microinverter? It’s a small device that performs the same role as a conventional solar inverter but works with a single solar panel – one microinverter per panel. There are a variety of benefits in using microinverters, but they add to the cost of a system. You can learn more about the pros and cons of microinverters here. Battery-ready solar power system interest continued to drop – 5% in July, 8% in June and 11% in May. Even though a solar battery can be added to just about any system, we ask this question on the quoting form to assist with system design. 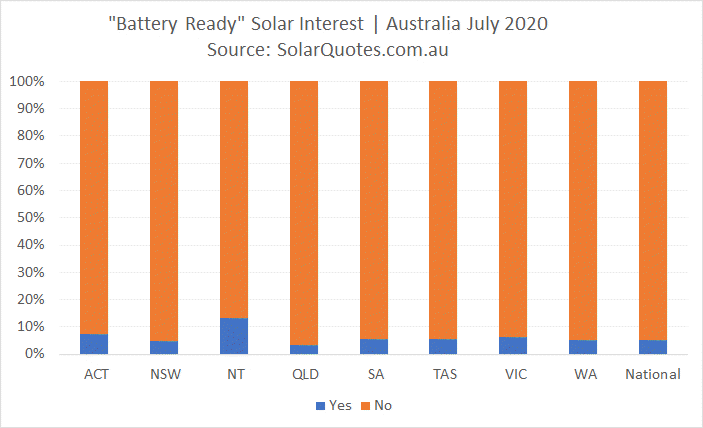 Here we saw a significant increase, with 12% expressing an interest in battery storage being installed along with their solar power system. In June the figure was 9% and in May, 7% – prior to that it was often even lower. This was the highest level of interest since the auSSII report kicked off in 2017.

If you’re considering having a solar battery installed at the same time as your panels, you can use SQ’s very popular solar and battery calculator to help determine if energy storage makes financial sense for you. In the results, be sure to take note of how savings are affected by a battery and solar panels separately. 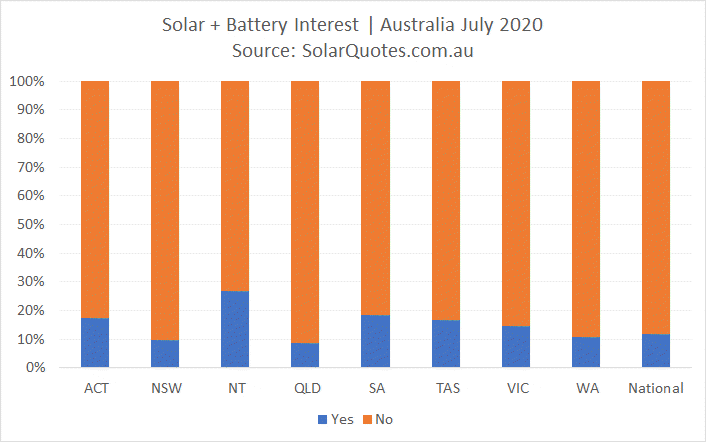 For those wanting a battery and who had a capacity in mind: 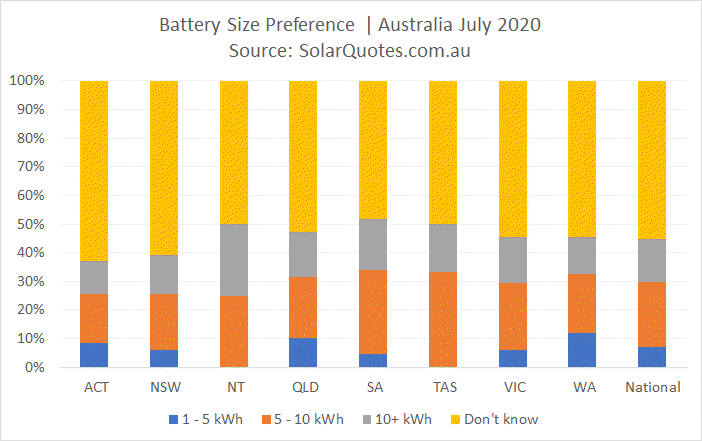 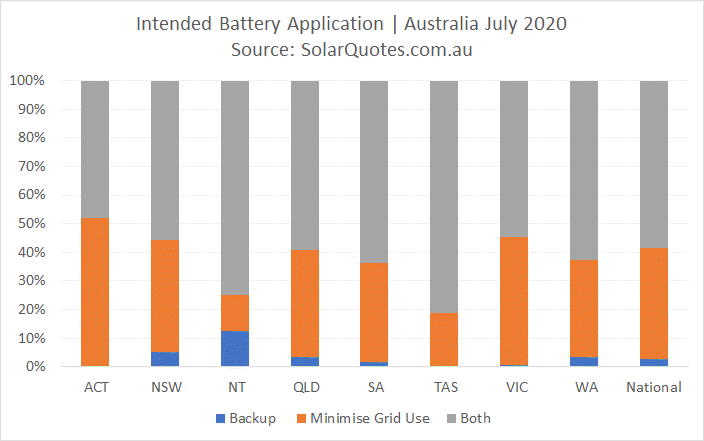 The SolarQuotes quoting service matches prospective solar buyers with up to three pre-vetted solar power installation professionals participating in the SQ network – we put installers through the wringer so you don’t have to. The auSSII report is based on details provided during the quotes request process.