After sitting at nearly 83% in June, July and August, interest in 6kW or larger systems (where capacity was specified) rose to nearly 85% in September. 6kW+ also took the lead in September – 7% higher than 6kW. Interest in purchasing a system immediately started climbing again in September – nearly 23% compared to 20% in August and 22% in July. As in August and July, 97% of Australians using SolarQuotes in September were contemplating a solar power purchase decision any time from right now to within 3 months. 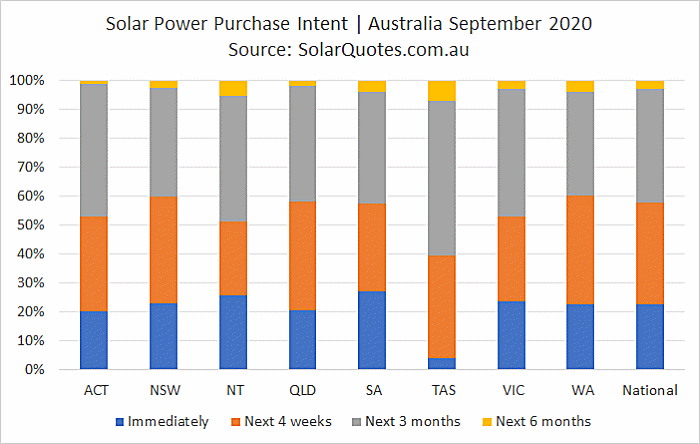 Around 12% of prospective buyers were wanting pricing on a “top quality” (most expensive) system, compared to approximately 13% in August. Just on 80% wanted a solar energy package offering a good balance of quality and cost, and interest in a good quality budget system was nudging 8%. 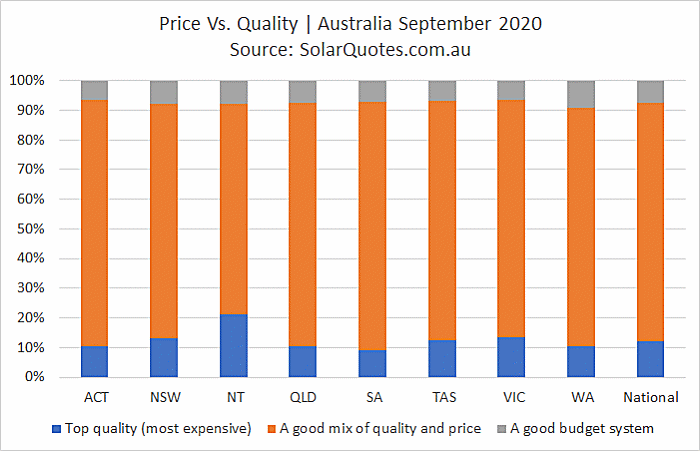 Interest in advanced monitoring fell off a cliff in September to just 49%, following on from drops in August (63%) and July (69%). This optional extra offers a number of benefits – learn more about advanced solar monitoring. 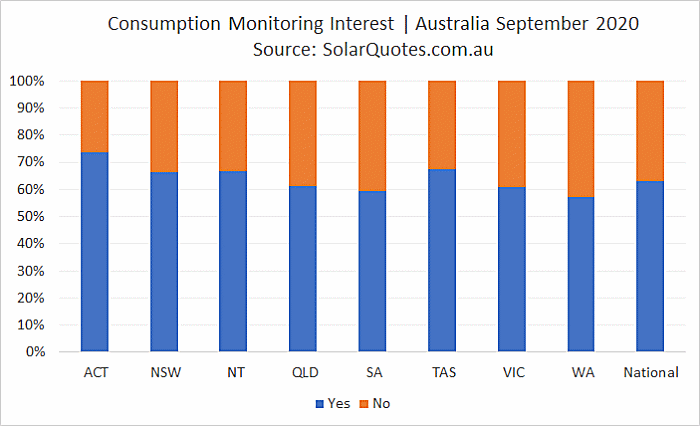 As in August, July and June, microinverter interest was at 14% in September. For those unaware of what this little box of tricks is, a microinverter is a miniaturised inverter installed with each solar panel that performs the same role as a conventional single string solar inverter. Among various advantages, microinverters can be particularly handy if a system will be partially shaded – but they will add to the cost of a system. 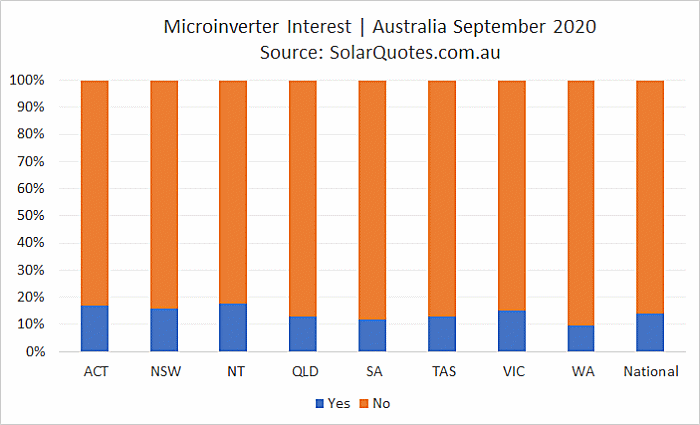 Not much interest again in battery-ready systems, with only around 5% indicating this in September. While a home battery can be added to just about any existing PV system, specifying storage may be wanted at a later date can assist with system design.

Interest in installing a home battery system at the same time as solar panels dropped back just a touch in September to a little under 13% – it was 13.5% in August. September’s result was still far greater than back before May when it was usually sitting in the mid to high single digits.

If you’re considering installing a battery along with a PV system, give SQ’s solar and battery calculator a whirl. It will indicate how savings are impacted by energy storage and solar panels separately. Where a capacity was noted, here’s what battery shoppers were wanting pricing and further details on in September:

55% of those interested in buying batteries requested advice on battery system sizing, same as in August. 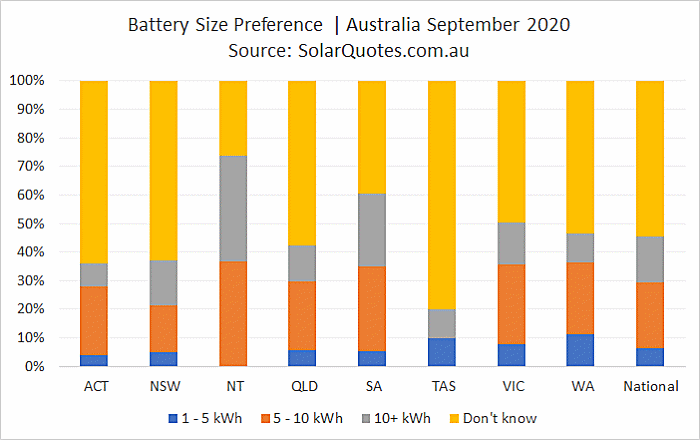 6% indicated the primary application for their battery will be backup – this is usually in the range of 3 – 6%, so no surprises there. 40% noted minimising mains electricity consumption as the primary use (42% in August), while 53% intended to use it for both applications (54% in August). 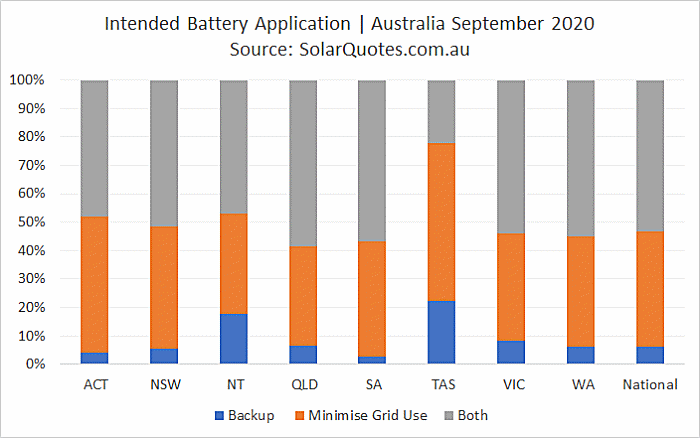 In September, a whisker over 50% of Australians requesting quotes who knew what they paying for mains electricity noted between $500 and $1,000 a quarter – there hasn’t been much change there in the last few months. But just a little under 13% were paying over $1,000 a quarter – the highest proportion for at least four months. 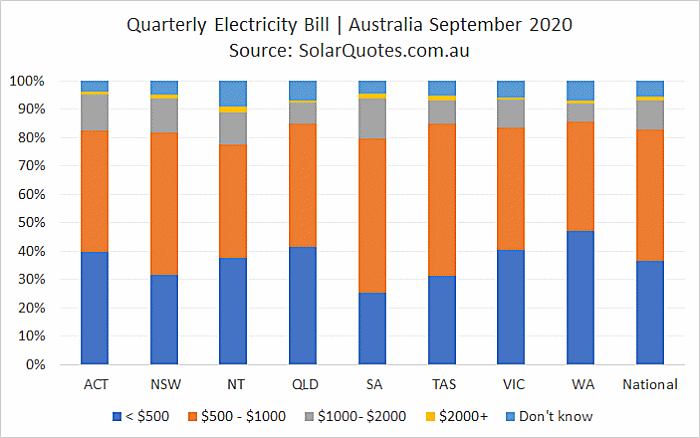 The information above is drawn from the SolarQuotes quoting service that matches Australian solar buyers with up to three pre-vetted installers part of the SQ network.